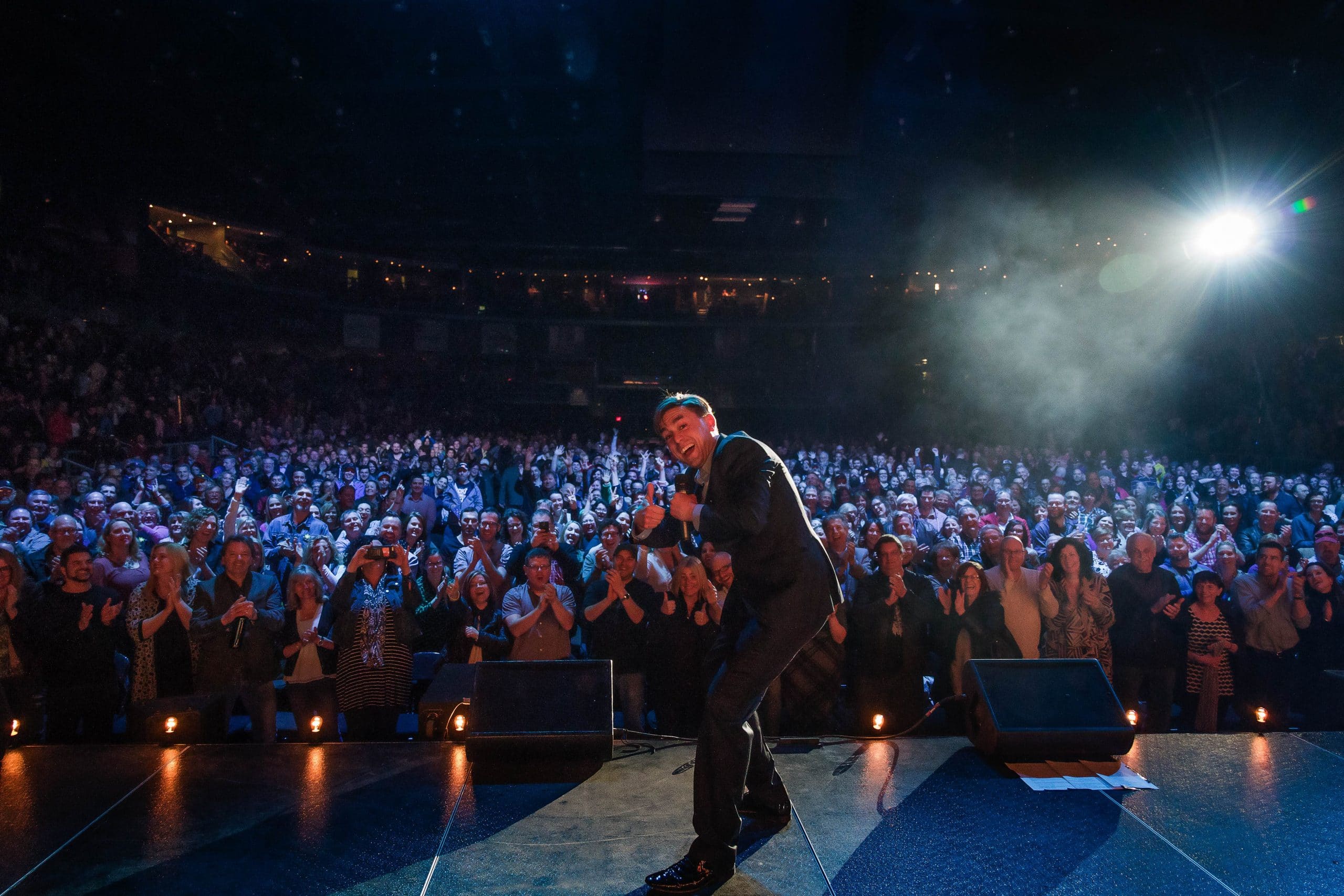 How a Shy Kid Became a Sold-Out Stand-Up Comedian

Growing up, James Mullinger was the quiet kid in class who was intimidated to speak to the other kids and did not have many friends. He lacked interest in sports and academics, so he spent his free time watching comedy videos. He said, “I spent years watching these videos kind of fascinated by the idea that these people were able to walk onto a stage in front of thousands of people and make it look like the most natural thing in the world and make all of these people laugh.” Initially, he did not know that his obsession with stand-up comedy would shape his career path. He said, “For the 5, 10, 15 years that I was obsessed with stand up, I definitely didn’t think that it was something that I would ever be able to do once, let alone end up doing thousands of times.” Mullinger’s fascination with the craft led to his career as a stand-up comedian.

Prior to becoming a stand-up comedian, Mullinger worked at GQ Magazine in London. Although that looked great on paper, his dream was to do stand-up comedy. He got the urge to finally pursue his passion when he visited his girlfriend (now wife) in Canada. He went to a restaurant with her and her family where he watched a bunch of youth doing a stand-up comedy performance. He looked at them and thought, “Wow, whatever they go through during the day, whatever their home lives are like, whether they have jobs they hate, or they’re being picked on like I was, whatever it was, at night, they were the stars of the stage. To me, that was better than being a headline in Vegas. That was it — they were living the dream.”

By this time, Mullinger was very frustrated with himself because he knew that he was not actually trying to achieve his dream. He explained, “Failing when you’re trying at something is frustrating, but it is depressing when you’re not even trying. It is like you are the kind of person who complains that they don’t win the lottery but then doesn’t buy a lottery ticket. Similarly, I was hating myself due to my lack of success, but I wasn’t trying to do the thing.” Mullinger knew he would hate himself if he never tried to live his dream, so he committed to trying stand-up comedy for the first time that year in 2005. To this day, Mullinger’s outlook on life is, “If you are doing the thing you love, it doesn’t matter in what capacity you’re doing it. You are living the dream.”

Mullinger believes the most rewarding aspect of being a stand-up comedian is the ability to make people laugh after they have had a tough week, month, or year. He also finds enjoyment in meeting people after the show. There is a feeling of connection with his fans since they have already shared a laugh and they have the same sense of humor. However, standing in front of an audience and making people laugh has its challenges. Mullinger said, “In order to be good at the job, you have to take the job very seriously. It’s kind of interesting when I’m on stage and I’m pretending like this is the most natural thing in the world and it’s all fun and games, whereas of course, I’m racking my brains going through the kind of Rolodex in my head of jokes and trying to read the audience. It’s interesting to have a job where I have to make it look like it’s easy, but it’s actually the opposite of easy.” Mullinger also described how he feels polar opposite emotions about his career in comedy, “One emotion is that I’m consistently amazed I have any success at all and that I have any career at all. And I’m so grateful and just surprised that I’m even able to do this. But sometimes, within seconds of that, I have feelings of anger and depression that I’m not more successful and haven’t achieved more.”

Since Mullinger began his career in stand-up comedy, he has had sold-out shows across the country with appearances on CBC’s “The Debaters”, movies, TV shows, festivals, awards, and stand-up specials. Mullinger’s success in stand-up comedy has led to two stand-up specials, namely “Anything is Possible” and “Almost Canadian”, both of which are streaming on Fearless. When Mullinger and his wife moved from London to Saint John, he did gigs everywhere from high schools to vineyards. A company called Hemmings House then reached out to him and said that CBC, Canadian Broadcasting Corporation, wanted to do a documentary about Saint John from Mullinger’s perspective. With an ambitious mindset, Mullinger decided that he was going to challenge himself to sell out an entire arena for this documentary. This challenge led to the title of the show — “Anything is Possible”. Through self-belief and hard work, Mullinger managed to sell out the entire arena beating sales records of comedians like Jerry Seinfeld. Two years later, Mullinger performed in the same arena, which led to the documentary “Almost Canadian”. Although his jokes were focused on Saint John, he tried to make them relatable to anyone no matter where they came from. “Almost Canadian” shot straight to #1 on the iTunes charts and was nominated for a Canadian Comedy Award for Best Taped Live Performance.

Mullinger’s advice to aspiring stand-up comedians is the same tip he received when he started out — gig as much as possible. Stand-up comedy differs from other artistic fields in the sense that one has to practice in front of an audience in order to improve. Additionally, Mullinger encourages aspiring comedians to never give up. He talked about his own story of persistence, “I carried on going way beyond the point that most people would have given up. Most stand-ups start to get good around the three-year mark. I would say I was still pretty terrible at that point. Even after five years, I was the guy turning up to open mic nights, and people were saying, ‘Oh, is he still trying?’” He experienced many nights when he headed home feeling depressed about being booed off the stage. Mullinger further said, “That’s why in five or ten years, you’ll never hear me complain about life on the road or the grind of it because the grind never gets to me. The simple fact that I’m able to do this ridiculous job for a living is really the greatest dream and proof ultimately that anything is possible.”

Watch both of James Mullinger’s stand-up comedy specials on the Fearless app.