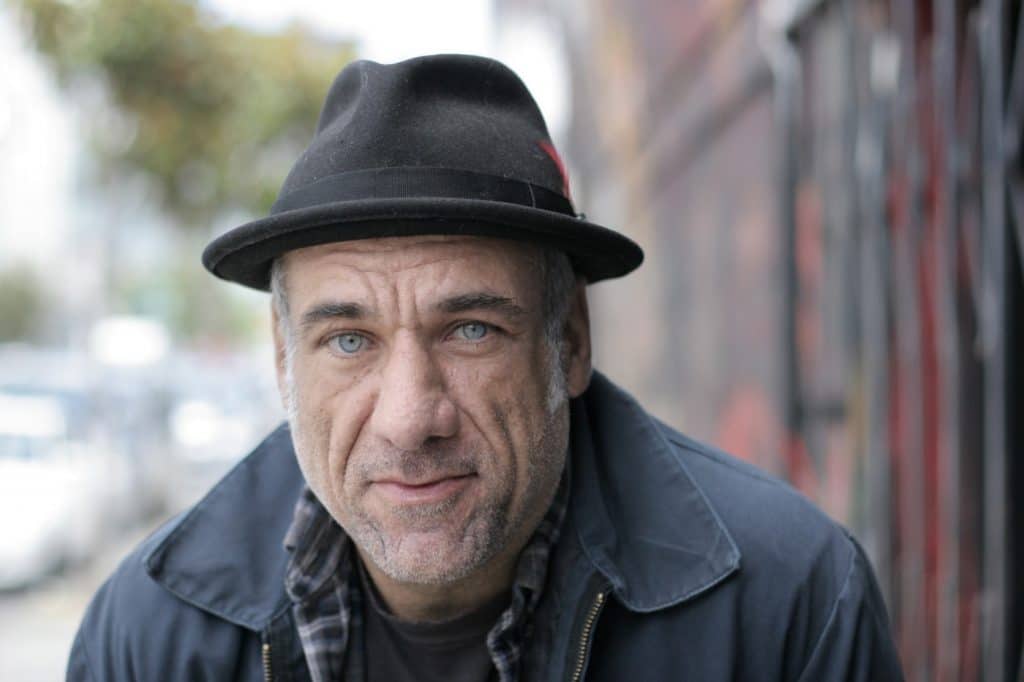 Inspired by his own story of coping with HIV/AIDS, Tom E. Brown wrote and directed the film Pushing Dead to share how he formed a comfortable relationship with the illness. He explained, “I have been positive since I was 18 so I wanted to write a little something about my experiences kind of coping. I wanted to share a little something from my own HIV Survival Guide, which is, for me, it was settling into a comfortable relationship with the illness because it’s likely that it will be with me forever. So that was kind of what I set out to do.” He believes that HIV/AIDS is still a taboo topic, even in a city like San Francisco that is known for its progressive ideals. For example, in Brown’s experience, he has noticed that people are still afraid to reveal that part of their identity on dating apps. The film aims to inspire people to have a discussion around HIV/AIDS and to normalize that conversation. The movie started out as a Sundance Lab Project and the readers were impressed because this was the first time they had read an HIV/AIDS-related piece in which the person survived. Brown explained that people’s response to HIV/AIDS has changed over the past couple of years. It started with A Day Without Art but today, many people take PrEP while others have protected sex. The LGBTQ community is a little more accepting of HIV/AIDS, but some people still see it as taboo.

When crafting the story, the first scene that Brown wrote was the one in which Dan gifts Paula the monkey. This was inspired by Brown’s personal experience of receiving odd gifts from friends. Paula’s relationship with the monkey runs parallel to Dan’s relationship with HIV/AIDS in an accelerated manner — both of them are freaked out in the beginning, but then the more they get used to it, the more they are comfortable with it. Similarly, Brown was also freaked out when he found out he had HIV/AIDS at the age of 18, but over the course of time, he became more comfortable with the illness and learned to like who he had become because of the journey.

In terms of making the film, it took about 24 days to shoot with 2 days focused on special effects. The most challenging scene to film was the car scene in San Francisco. Logistically, it was challenging as they were using an old vehicle. The rig they planned to use did not show up, so they had to use an alternative towing rig. Other scenes that were a challenge to film were the poetry slam scenes as they had to do three poems in one day. Brown also had to eliminate his favourite poem because they were very rushed that day and he felt like he could not do the poem justice.

One of the most notable actors in the movie is James Roday, most well known for his role as Shawn in the TV show Psych. When the Casting Director of Pushing Dead sent over Roday’s reel, Brown knew he was the one for the role. He wanted someone who was likable; someone who would just walk on screen and the audience could sympathize with him. Roday was actually surprised by the offer because, at the time, he did not have much experience with dramatic work. A fun fact is that during filming, Roday had shown his kindness to the cast and crew by surprising them with a taco truck one day and as a wrap-up gift, Roday had given Brown a portrait of his dog.

The film was very well-received and many people connected to the story. It went to about 80 film festivals and there were at least a couple of people at each festival who mentioned that they connected to the movie because of their own struggle with chronic illnesses. Brown described his end goal for viewers, “Ideally, I’d like them to be touched by the movie and have a better understanding of coping with chronic illness.” He further explained, “I think an important part of what I wanted people to get out of it is if they have a chronic illness, think of it less as war and more as a relationship.” Brown hopes that people are able to relate to the movie or at the least, get a good laugh out of it as it was a dramatic comedy.

Brown was also satisfied that the movie played just as well in a place like Indiana (a less progressive state) as it did in San Francisco at the Castro Theater. He also explained that it was great to attract an audience that may not have known much about the LGBTQ community. He said, “That was one of the nicest things is that perhaps this is the first LGBTQ movie for some people that they’ve ever seen because at film festivals sometimes people don’t even realize what they’re, you know, getting a ticket for. They’ll grab tickets like “Oh, Danny Glover!”. And so that was the case with some of my actors too who had never really knowingly worked with LGBTQ people. I worked with an older actor, and he asked me a lot of questions about it. And so that’s always nice when you feel like you’ve kind of in a teeny tiny way have kind of helped the cause by just exposing somebody to it.” Brown is happy with the response from the movie as the film has helped to normalize the conversation around HIV/AIDS, expose people to LGBTQ characters, and help chronic illness survivors to feel understood.