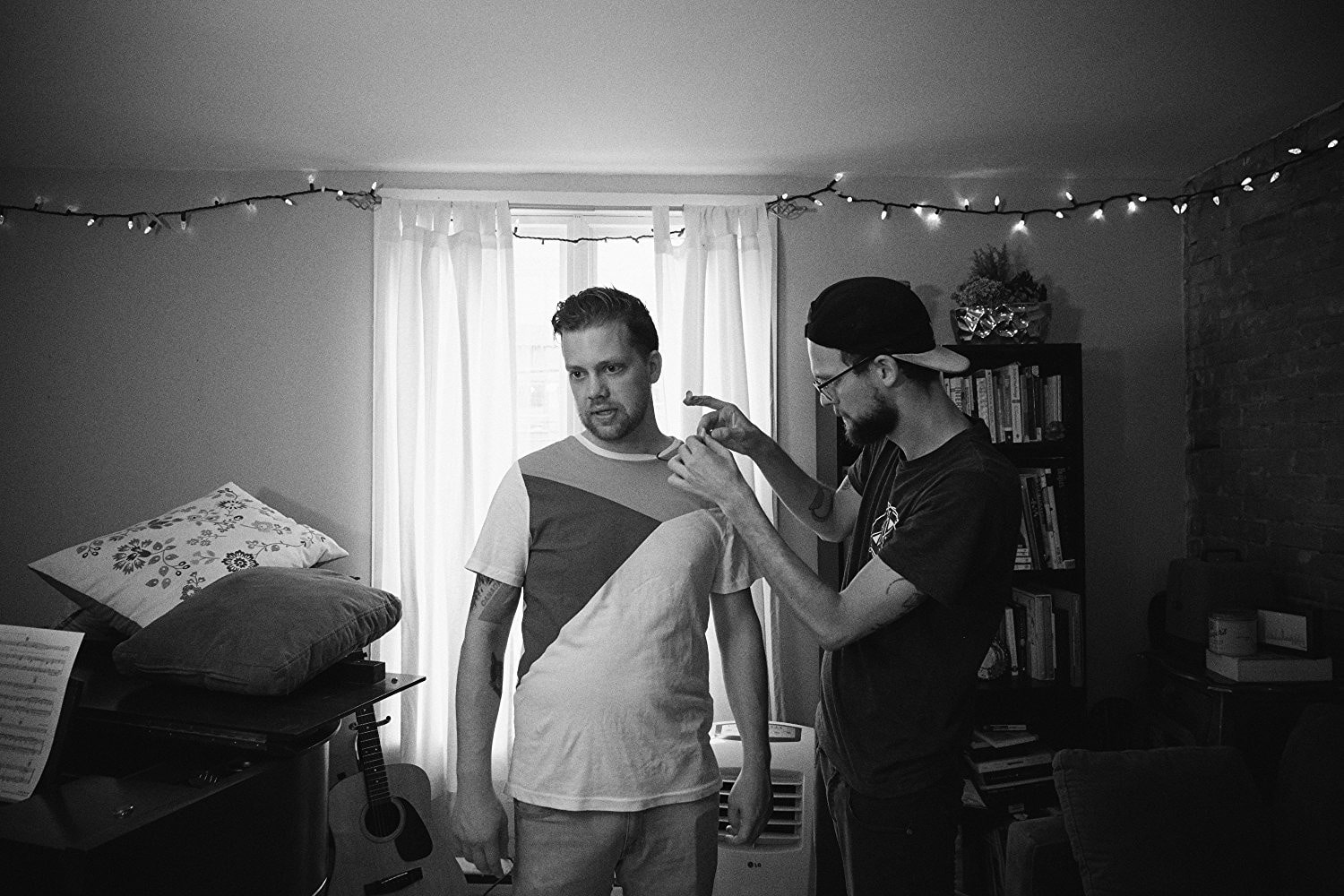 The Ex started as a thought experiment in 2008 with Elvis Deane’s improv troupe at the time. Could he shoot a feature film in the middle of Toronto’s annual two-week summer fair, The Canadian National Exhibition (also known as “The Ex”)? The opening scene was always intended to show a couple on a seemingly interminable Ferris wheel ride, and there was just no way that Elvis and his team could pull that off.  At the time, his camera weighed 15 pounds. It wasn’t discreet, it wasn’t practical.

Elvis Deane set the idea aside and moved on to other things. Finally, by 2016, technology caught up with the idea. Now a 4K stabilized camera could fit in a pocket.  His entire production equipment could fit into a small camera bag, with tiny audio recorders stuffed into each actor’s pockets and a microphone taped to their chests.  He resurrected the idea of The Ex and that kernel of the story he and the improv troupe had thought up eight years earlier; a couple falling apart in such a happy place.

They had a long two-day casting session and saw so many talented actors, but improv was the key ingredient.  Though Elvis Deane had written a script, he threw the dialogue away and worked with the cast over the course of a week before shooting to find what was important to each scene.  Certain scenes that didn’t quite feel right on the page got so much more depth when the combined brains and hearts of the actors fleshed the scene out with their own ideas.

They had a cast of five and a one week window before the carnies rolled up their wagons and rumbled down the highway.  Originally intended to entirely take place on the Exhibition grounds, they moved some scenes to the waterfront and parks to broaden the film’s scope and give them a few scenes away from the noise and crowds.  A handful of scenes that they started to shoot at the Exhibition had to be abandoned or moved to quieter spots because of the non-stop flood of carnival-goers walking through their shots.  Because of the short shooting schedule, Elvis generally only had three takes of any scene to cut to, and each take would be similar, but have differences in the specific dialogue.  The editors had to find the moments that cut together from take to take.

“The process of shooting a film in the wild without a script should have been scary, but it’s freeing.” says Elvis.  “In improv, you just have to take an idea that comes at you and make the best scene you can with it.  We had to apply that to every aspect of the film. I’ve since shot a few more short films this way, and while it’s not the only way I’ll film a movie, there’s a beautiful freedom in coming up with an inkling of an idea and exploring it with the actors until you tell a story together.”